~~Video Details~~
If You’re looking for a nice compact solar battery bank you can take backpacking, this one will do nicely. However, a solar cell of this size is simply not powerful enough to be a full solar charger. It will give you one full charge plus 20-60min of phone power a day. The Weather-Proofness is a bit inadequate but will protect somewhat.

I put it to an honest test and have concluded that it performs well for such a small cell.

Most people don’t fully understand that getting useable power for charging out of a single solar cell is no small task. These cells put out maybe a watt and a half on a good day. I tested by putting in direct sun(angled toward the sun) at a point where the sun would clear an obstruction at exactly the same time every day and hit the panel with full sun. total sun time per day was approx 6hrs. After 4 days, I was up to the second power bar. I was originally unimpressed by this.

Then I began depleting back down to 0 power and the point that it would not turn on and charge anything unless pointed directly at the sun. It took over 3 hrs from the second power level, charging a Samsung Galaxy S5 and an Earson BT Speaker both connected streaming netflix.

I further tested by trying to power a phone that would not turn on with the charger that would not stay on unless pointed directly at the sun. I was actually able to make a phone call.

As Far as the Weather Proofness; it is not. While there are rubber flaps to shed water, they don’t seal completely and there are large holed behind the rubber bumpers. See video for more details.

So the conclusion is: This thing is worth taking on a backpacking trip for light daily or emergency use and works well as a Battery Bank, but is not a full blown solar charger. If you want full charging capability you want one of these:
http://smile.amazon.com/dp/B00HQ5UIFY/?tag=solarbank-20

~~Support the Channel~~
+ Subscribe & Hit the Thumbs-Up Button (This Helps the Video Show up in Search Results)
+ Use My amazon and ebay links
+ Throw Some Bills in the Tip Jar. Hit the “Support” Button on the Channel Home Page:
http://www.YouTube.com/user/GadgetClass 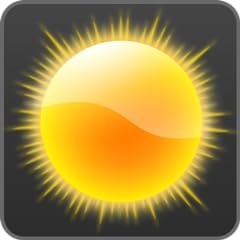 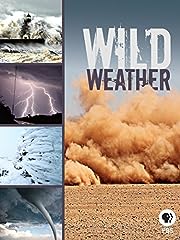 (as of May 26, 2020 - More infoProduct prices and availability are accurate as of the date/time indicated and are subject to change. Any price and availability information displayed on [relevant Amazon Site(s), as applicable] at the time of purchase will apply to the purchase of this product.)

(as of May 26, 2020 - More infoProduct prices and availability are accurate as of the date/time indicated and are subject to change. Any price and availability information displayed on [relevant Amazon Site(s), as applicable] at the time of purchase will apply to the purchase of this product.) 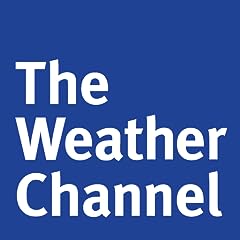 Performance enhancements (as of May 26, 2020 - More infoProduct prices and availability are accurate as of the date/time indicated and are subject to change. Any price and availability information displayed on [relevant Amazon Site(s), as applicable] at the time of purchase will apply to the purchase of this product.)

IF USE LIGHT LIGHT, WHAT CAN USE TO FILL ENERGY POWERBANK

That’s all I wanted to know. YES you can make a phone call pretty quick and perhaps check email after half an hour or so in the sun. Quite useful therefore.
I bought a pretty light 2000mAh for 8 Euro and when full, which according to other videos could take 3 days in the sun, it will charge my 7″ Android tablet to 60% in about an hour.
People who find this device junk deserve to be chased by werewolves and zombies while carrying solar panels size football field on their back.

I love thia video it helped me a lot

Hey, How do you charge up the battery pack with solar panels, do you just leave it out in the sun or you have to press a specific button that activates the charging panels?

Note: weather resistant NOT weather proof. vast difference between the two. What do you expect for $9.00

What happens under cloudy sky? Will it work?

So basically, the solar panel is junk. You would think that here in the 21st century somebody could come up with a reliable fast charging portable solar panel!

I fell to the river with this powerbank in my pocket recenlty, and what’s curious after an hour on sun it workes very well.

how long does it takes to get fully charged using a regular smartphone charger?

so, it sucks! hahaha

Hi, can you make a telephone handset for a cell phone? It is real hard to understand the other person. Maybe bluetooth would be better. It should make you a LOT of money. (either plug into the charge port of a cell or connect via blue tooth)

have you had anybody phone glenn&patti?? just with you showing the phone number at 6:29

THank you. I thought mine was broken for solar power.

I bought one from Groupon and when I charge it outside, it seems like it doesn’t hold the charge very long at all from the sun. I have to charge mines inside my home. Disappointed in the quality of this charger.

Extremely helpful, thank you. I thought my charger was defective because I could never get it to charge it to charge back up. turns out I only tried for 2 days. I wish you could charge it with a wall plug. Maybe you can? Did I miss that?

I got one of those and it worked fine as a battery bank.
i could never charge it with solar light but for the price i was expecting something like that

Thank you soooo much for doing the solar test where your phone and solar charger was completely dead!! very very helpful review =)

I have one.. been two days on sun and didn’t save the charge or idk. when I check it it had just two flashing light (low charging) and didn’t charge the phone (x1)