What’s the best retro 90s joystick for your old retro gaming PC? I made a list of gaming joysticks from the 90s and I bought all six!

How do you determine the best gaming joystick for an old 90s retro PC? I’m looking at four factors: Looks, Feels, Function and Value for money.

I’m looking for a gaming joystick, not a full HOTAS setup. Secondly, these old retro 90s joysticks are gameport joysticks, not USB. This means they’ll work far better in both DOS and Windows and should be a lot easier to install on my Windows 98 gaming PC.

Going to head to head we have the Microsoft Sidewinder 3D Pro, the Logitech Wingman, the ThrustMaster Top Gun, the Gravis Blackhawk and the Saitek Cyborg 2000. We have a last-minute new challenger in the guise of the CH Gamestick, which I won on eBay for 83p delivered!

First up is the Microsoft Sidewinder 3D Pro. Microsoft have always made good gaming hardware and the Sidewinder PC peripherals from the 90s are amongst the best.

Next we’re looking at the Logitech Wingman Extreme. The Wingman is probably one of the most iconic items from the entire 90s. Nearly all PC gamers had a Wingman in one form or another.

Number three is the Thrustmaster Top Gun. This officially-licensed joystick was released some ten years after its namesake, but comes from arguably the biggest name in simulation gaming.

Fourth on the list is the Gravis Blackhawk. Gravis are well-known for their line of sound cards, gameport cards and PC gaming peripherals and the Blackhawk is well-known to flight sim aficionados.

The most contemporary joystick on this list, the Saitek Cyborg 2000 was released in – you guessed it – the year 1999. Saitek have been making PC peripherals forever and the Cyborg is something to behold.

Last but by no means least, our last-minute entry, the CH Gamestick. CH are famous for being one of the first manufacturers out of the gate making joysticks and some of the real vintage sticks are immensely expensive. The Gamestick though was intended to be a budget stick for all-comers. 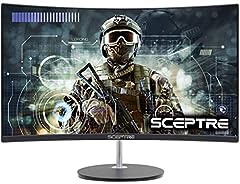 (9521)
1800R curve monitor the curved display delivers a revolutionary visual experience with a leading 1800R screen curvature as the images appear to wrap around you for an in depth, immersive experience Hdmi, VGA & PC audio in ports High refresh rate 75Hz... (as of November 27, 2020 - More infoProduct prices and availability are accurate as of the date/time indicated and are subject to change. Any price and availability information displayed on [relevant Amazon Site(s), as applicable] at the time of purchase will apply to the purchase of this product.) 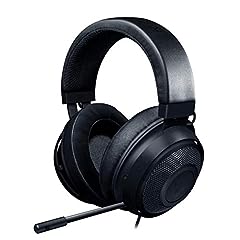 (14328)
The #1 Best-Selling Gaming Peripherals Manufacturer in the US: Source - The NPD Group, Inc., U.S. Retail Tracking Service, Gaming Designed: Keyboards, Mice, PC Headsets, and PC Microphones, Based on dollar sales, Jan. 2017- June 2020 combined. Immers... (as of November 27, 2020 - More infoProduct prices and availability are accurate as of the date/time indicated and are subject to change. Any price and availability information displayed on [relevant Amazon Site(s), as applicable] at the time of purchase will apply to the purchase of this product.) 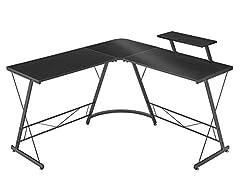 (7530)
Nearly full L Shaped Desk with Optional Space Saving Monitor Shelf: Nearly full L Shape design, make the most of your space, easy to fit snugly in a corner to maximize your limited space. Space-save monitor shelf of l desk for your monitors leaves pl... (as of November 27, 2020 - More infoProduct prices and availability are accurate as of the date/time indicated and are subject to change. Any price and availability information displayed on [relevant Amazon Site(s), as applicable] at the time of purchase will apply to the purchase of this product.) 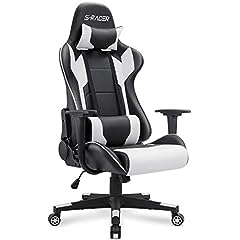 (25694)
Selected Material: High density shaping foam, more comfortable, elasticity resilience and service life. 1.8mm thick steel frame, more sturdy and stable. Pu Leather, skin friendly and wear resisting. Upgraded Configuration: Class 3 gas lift, durable, ... (as of November 27, 2020 - More infoProduct prices and availability are accurate as of the date/time indicated and are subject to change. Any price and availability information displayed on [relevant Amazon Site(s), as applicable] at the time of purchase will apply to the purchase of this product.)

How do these joysticks fare on new games?? I’m especially looking at the ch flighstick pro.

Who did your hand modeling work?

I still have my Saitek.

i found a Nintendo n64ish looking joystick do you know anything about it. D you know how to get it to work like how to find drivers for.

USB to Game Port Adapter by RockFire, will this work with the old MS Wingman Force Feedback, does anyone know?

Excellent video guys! One of your best.

I just picked up the cyborg 2000 for 4 dollars on a thrift store. great deal.

Are you planning on posting any videos about MGS:V?
Would love to hear your opinion on the game.

Also, can someone tell me what connection (port) the Saitek Cyborg uses??
EDIT: ok so it uses the ‘gameport’ connection. Shame, Im guessing my modern PC doesnt have that?

I like the Blackhawk digital, it is comfortable like the original but has a lot more buttons

I have the Saitek one! But no gameports on my computer though 🙁

how did u install the sidewinder? i have an old sidewinder pro (wich is quiet similar to the 3d pro) but i can’t seem to get it working. any tips?

Should have gone with the Blackhawk Digital…

MATE ! I usually pay people more if they go out of there way to ship things for you and it cost them more then they get ! You know .. ” Consideration ” ! ?

i have a microsoft side winder 3d pro but how can i download drivers and…where?

But I have Windows 10

The Top Gun joystick is not the one you want, it was cheaply made. If you want that stick go with the higher quality version, Thrustmaster Mark II. And you went through naming all of these sticks but you didn’t mention the Thrustmaster FLCS? F16 replica with fully programmable buttons before that was a common thing, it’s a fantastic stick. Props for mentioning the Wingman though, that was one hell of a stick.

I still have the Sidewinder Pro :3

Thanks for making this funny video!

I recently snagged a Thrustmaster Top Gun Fox 2 Pro from a charity shop for £2.
Very pleased with it, it is USB – however I dont know any fun games to play with it yet.
I know it works with Battlefield, and probably most other games too.

some honourable mentions: Microsoft Sidewinder Precision Pro,(well worth checking out and way better than the 3D), Sidewinder Force Feedback.

Would anyone know where I can get the drivers for the Gravis Blackhawk?

I used to love the Sidewinder back in the day. Had a force feedback control pad too.

flight stick pro i was missing 🙂