Get this Bluetooth Adapter on Amazon: http://www.amazon.com/dp/B01IDEZ3YW/?tag=maceton-20

Giveaway Steps:
1: Like the Video
2: Subscribe to the Channel
3: Leave a Video Comment.
That’t it! Winner will be randomly chosen from those that leave comments using random number generator on 9/1/16

This Bluetooth Audio Adapter by Maceton Makes Connecting Your Phone or Tablet to a Stereo a Breeze.
I like it enough that I’m doing a giveaway for a brand new one straight from Amazon on my YouTube channel. Watch the video for entry details.

I have used various bluetooth audio adapters from different manufacturers before. Some work OK, some work great, most of them, however are big, cumbersome and bulky. Not this one. this one is the smallest one I’ve seen and even has built in bass boost. As you can see in the video, it’s as simple as connecting your bluetooth and plugging it into an auxiliary input on your home stereo, car stereo, computer, or anything else you want to send audio to.

I noticed very little lag/latency compared to the other small BT audio adapter I have (seen in the video). This makes it much more useable for hands free calling. If you are just using it for music, you may not notice the lag, but try to do any kind of live instrument playing or a lot of hands free calling on my other BT adapters and you get frustrated really fast.

The whole thing is about the size of a AA battery and has a nice professional and sleek look to it. It would not look silly sticking out of your car stereo all the time.

Operation is very simple. One button does everything, but in a simple an easy to remember way.
Long hold = On/Off
Single Press = Play/Pause/Answer/End Call
Double Press = Bass Boost

The only thing I see lacking on this adapter is volume up/down, but I’m not going to miss it. It is designed to be a seamless and unobtrusive union between your phone and your stereo. Most people are going to be controlling the music and volume from the phone.

Overall I think this is the best Bluetooth audio adapter I have used. It will be replacing both my old portable adapter and the one I keep permanently attached in my truck.

Maceton provided a sample unit to GadgetClass for testing and review.

~~Support the Channel~~
+ Subscribe & Hit the Thumbs-Up Button (This Helps the Video Show up in Search Results)
+ Use My amazon and ebay links
+ Throw Some Bills in the Tip Jar. Hit the “Support” Button on the Channel Home Page:
http://www.YouTube.com/user/GadgetClass 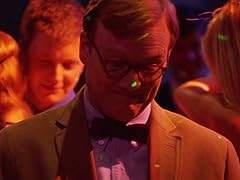 (512)
(as of September 11, 2020 - More infoProduct prices and availability are accurate as of the date/time indicated and are subject to change. Any price and availability information displayed on [relevant Amazon Site(s), as applicable] at the time of purchase will apply to the purchase of this product.) 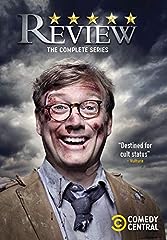 Love your channel, and keep up the good work

Actually it is smaller than I expected.

is ther a way to connect this to a set of headphones?
for example to use it to connect my bluetooth beats to my aux port on my projector to allow sound from the projector audio port to come through my headset?

Take it that it’s too late

its good to have that thing tho.

Nice video for a cool device. Thanks!

Do have to charge it?

Sure would be nice to win this! Would be very handy being band a drum major and all!

This Bluetooth device needs to be both, transmitter and receiver, had better battery life and be able to pair 2 devices at the same time. It is already becoming obsolete. The only good thing about this, is that can amplify a little bit the signal…

looks like a cool gadget – thanks for the review

Wow, I guess I just missed the contest?

good review. you make it look easy to use. this would be an excellent upgrade for my car audio. if i win, i will post a review of this in my car.

This is a great review and looks like a great product. Thanks for entering me in the contest!

Winner must be in the United States or in the UK because prize will be shipped from Amazon warehouse!
(You must be able to redeem the free code on Amazon.com or Amazon.UK)
Shipping will be free if you have Amazon Prime. You can still redeem the code without Prime, but you will have to pay for shipping.

I need one of these!

I would love to try this in my 2013 Chevy Avalanche. The stock stereo does not allow me to stream from my iPhone!

Will this work with Beats Studio Wireless? I am trying to connect them to my computer (that does not support bluetooth), will it work?

been looking for something like this. thanks for the review

I need to replace my headphones I use with an Onkyo Surround Sound home receiver. I prefer the earbuds to the headphone I currently use. Watching this video review for the Maceton wireless earbud receiver helped me make the decision to order it and a set of earbuds to replace my headphones. I’d love to win another Maceton Bluetooth receiver to use with my laptop. Thanks for your review. #Maceton #WirelessBluetoothReceiver

Great product for EVERYONE needing a bluetooth adapter, but especially for audiophiles:

1. Latest and most advanced Bluetooth chip CRS8645 BT4.1 AND Texas Instrument Independent amplifier chip, so wireless
CD quality. Paired with .flac library on your cellphone and your high quality headphones: audiophile on the go !!!
You don`t need a dedicated audio device with this little wonder !!!
2. Good volume level (good amp chip inside again 🙂 )
3. Very portable and flexible: small size and you can connect it everywhere you have an auxiliary audio input!
4. Suitable for DIY bluetooth active speakers ( I am building an outdoor portable speaker)
5. Plays music while charging ! (NOT all the similar devices do that, I checked the market!)
6. Good battery life and flexible for all micro USB power sources: cellphones, powerbanks, wall chargers, car chargers etc.
7. You can use it as a hands free in you car, good sensitive mike 🙂

Would be super cool to win

Been meaning to get one like that for a long time now to use in my car, thanks for the review!

how many devices can be paired at once?

looking at this now to see if I want to get one,,,,,,thanks for the info

And The Random Number Generated Is…….
#9

Counting Up From the First Comment, That Makes Alexandra S. The Winner!!
Congratulations Alexandra!!!

Maceton Agreed to provide a few $4 discount codes for those that didn’t win.
Anyone that wants one just comment or send me a PM and I’ll give you one.

Thank You Everyone for Entering!

Be sure to buy the product if you think it’s cool like I do and help Maceton out by leaving a review on the Amazon listing:
http://www.amazon.com/dp/B01IDEZ3YW/?tag=maceton-20

Be Sure to Stay Tuned. I have another giveaway for a folding solar panel on 9/15/16.

You still have 5 hours to enter! Don’t miss it! Odds are really good!